A picturesque lake cradled in the hills, built by Jaita Meena. The swirling fountain at night is a visual delight.

The cave temple Lord Shiva surrounded by the Aravalli ranges. An ideal picnic spot as well.

Perched majestically on the bank of the river Chambal, the temple of Keshoraipatan is nestled in an idyllic location. Although it is located in the Bundi district, it is just 9 KMs. away from Kota. Keshoraipatan was called "Patan" in the ancient times and it was ruled by King Ranti Dev. Keshoraipatan is one of the oldest cities whose past can be traced to ancient times when it was a religious center. Keshoraipatan is famous for its temple known by the same name. It was renovated by Rao Raja Chhatrasal (1631-1658) of Bundi. The temple stands, beautifully on the plains against the backdrops of clear blue sky, amid a sylvan setting with the river Chambal flowing silently nearby. It is so perfect in its design and construction that the temple remains safe even during the monsoons, when the Chambal is in spate. Keshoraipatan becomes "mini-pushkar" on the night of the full moon in the month of Kartika. Early in the morning, the banks of river Chambal witness a colorful scene of Men & Women, clad in fantastic costumes mirrored in the crystal clear water of the river Chambal. Women float lighted diyas (lamps prepared by them from flour dough), into the river and seek boons. The temple and the scenic beauty arrest the attention of visitors and speak of its grandeur and glory in silence.

Founded by Raja Indrasal of the royal house of Bundi in 1605, Indergarh (80 km), though a small little town has a beautiful fort which contains some excellent frescoes. It is also famous for the Bijasan Mata Temple & Kamleswar Mahadeo at Kuwalji.

A road through rocky terrain, south of Bundi, takes you on to Bijolia (54 km) and Menal (70 km), temple towns of the 12th century. Menal was once the mountain retreat of Prithvi Raj Chauhan of Delhi. A few decaying palaces still exist here. But it is the temples which catch your eye, with the impressive Nandi Bull, the Shiv and Parvati statures (still in excellent condition) and a domed pavilion on the terrace which affords excellent views. The Menal River, falling into various gorges from its splendid heights, is a fantastic sight.

The Ramgarh Sanctuary is located on the Nainwa road. One need to take permission of the State Forest Department prior to a visit to the sanctuary.

A magnificent fort built by the ruler Ajit Singh. A temple of Dhooleshwar Mahadev and a picturesque waterfall adjoining the fort are worth a visit. The beautiful Ratna Sagar Lake is close by and is a haven for fauna like bear and deer during the monsoon.

Remnants of ancient wall paintings can be seen in the Ram Mandir within the imposing fort of Dugari.

Bundi one of the most picturesque town of Rajasthan, sits on a narrow gorge in this hills and is encircled by a walled fortification with four

gateways Bundi was named after. Bundi is famous for its intricate also known as the city of "stepwells" as there are a number of step wells... 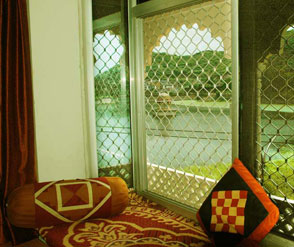 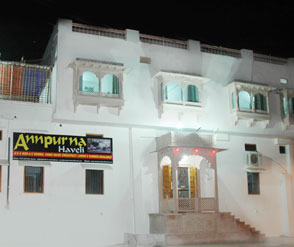 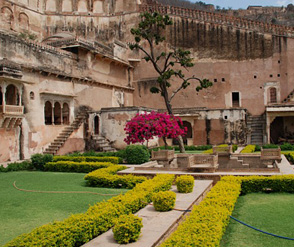 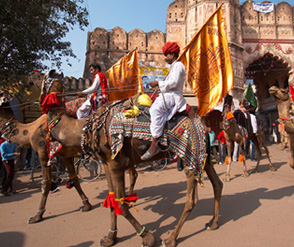 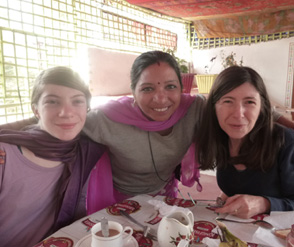